Mr Hirokazu Matsuno, Minister of Education, Culture, Sports, Science and Technology (MEXT) had bilateral meetings with (1) Chairman, A*STAR, (2) Minister for Culture, Community and Youth and (3) Minister for Education (Schools)
~Commercialisation of research outcomes of universities, the importance of the bridges to promote industry-academia-government collaboration~

From 30th April to 4th May, Minister Matsuno visited Thailand and Singapore. In Singapore, he had bilateral meetings with (1) Ms Grace Fu, Minister for Culture, Community and Youth, (2) Mr Ng Chee Meng, Minister for Education (Schools) and (3) Mr Lim Chuan Poh, Chairman, A*STAR in addition to a visit to the National University of Singapore (NUS).

A*STAR has promoted R&D by inviting excellent researchers domestically and from overseas and has closely collaborated with research institutes of companies and universities both in Singapore and abroad. Furthermore, it is a government agency that not only serves as a research institution but also functions to facilitate commercialisation of research outcomes, supports entrepreneurship, promotes research in which universities and companies can collaborate, as well as network formation leading to commercialisation from their results. 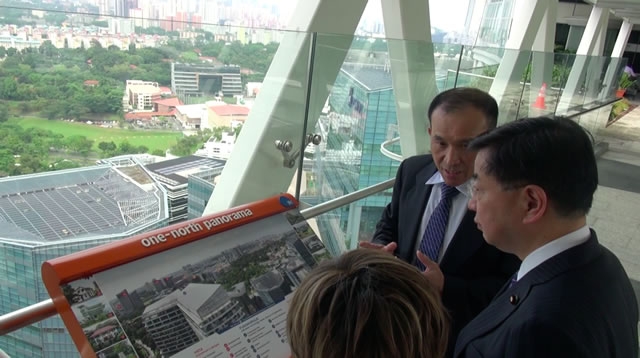 Minister Matsuno was briefed by Mr Lim, A*STAR Chairman while visiting A*STAR’s facilities. In the bilateral meeting, he exchanged opinions on topics such as the creation of new industries through industry-academia-government collaboration and the commercialisation of research outcomes in universities, which is one of the areas that the Japanese Government promotes. 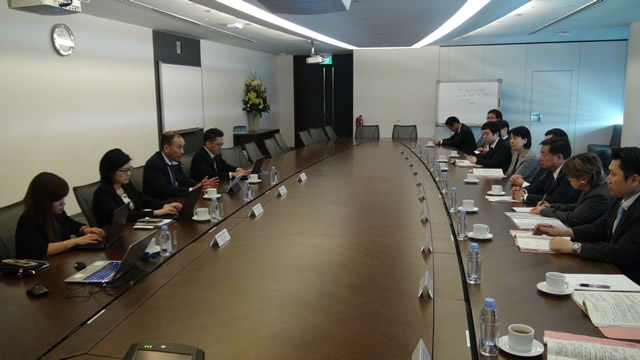 In this meeting, Minister Matsuno was briefed about the wide range of functions carried out by A*STAR and the current situation regarding collaboration with domestic and overseas research laboratories. He was reminded of the importance of how bridging institutions, which connect the company and the university, function in order to create the industry by industry-academia collaboration and commercialising research outcomes. He invited A*STAR to participate in the 2nd International Space Exploration Forum (ISEF2), whose theme is space exploration, in Tokyo in March 2018. Through this meeting, he confirmed his expectations of promoting exchanges and cooperation between both countries in the field of Science and Technology.

Minister Matsuno met and exchanged ideas with Ms Grace Fu, Minister for Culture, Community and Youth regarding the sports policies and culture policies in both countries. 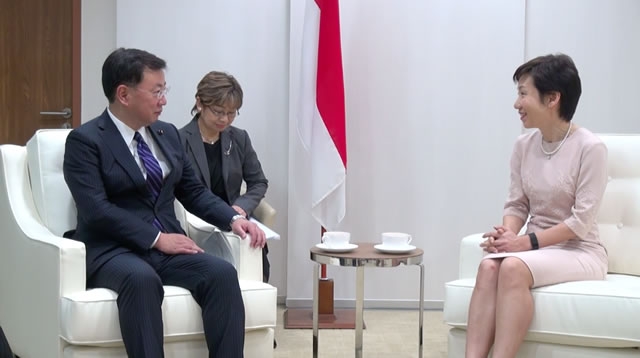 According to Minister Fu, during her visit to the National Training Centre in Japan, she was very impressed with the supporting system where the centre and the university scientifically supports the player through collaboration, as well as the environment in which children enjoy sports since young.

Minister Fu emphasised that sports play a very important role in bringing Singapore together as one in a multiracial country. Singapore not only needs reinforcement of players for the 2020 Tokyo Olympics but also to raise the level of those players after 2020. In return, Minister Matsuno suggested that Singapore use Japan's international contribution project "Sports for Tomorrow" which dispatches sports instructors to school, teaching physical education in schools.

He met with Mr Ng Chee Meng, Minister for Education (Schools) & discussed issues pertaining to both countries. According to Minister Ng, until recently, Singapore has mainly focused on knowledge-based learning, but Singapore shifted its focus towards encouraging how to use acquired knowledge. And as their lifespan stretches, Singapore needs to prepare for lifelong learning and a variety of vocational courses to equip people for change.

He also shared about using acquired knowledge under the new Course of Study Scheme in Japan which he is promoting, as well as the fact that Japanese needs more self-assertiveness in the global society. He believed that exchange of ideas between both countries at a working level will be beneficial for both countries. 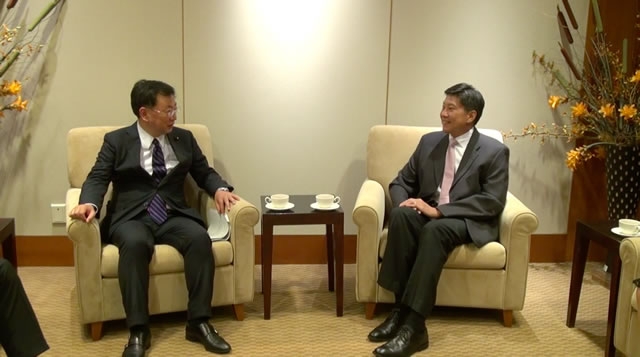 During his visit to Singapore, in addition to the bilateral meetings with ministers, Minister Mastuno met representatives of NUS and NUS Enterprise, which promotes and fosters entrepreneurship and company start-ups. Furthermore, he visited "Innovfest Unbound", which is a trade fair of research outcomes, hosted yearly by NUS Enterprise. 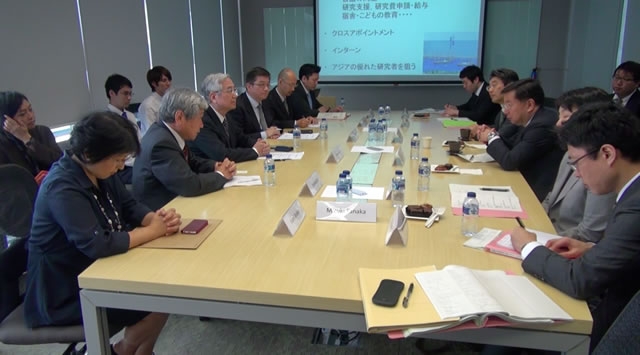 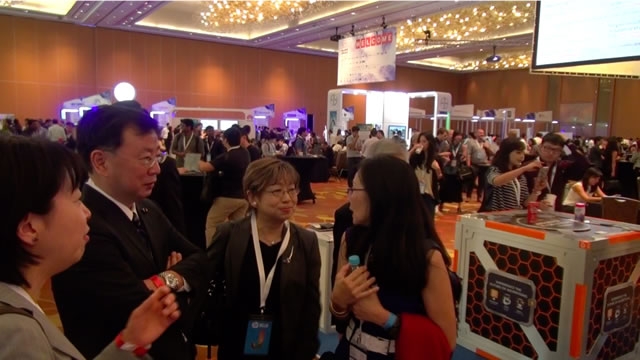 Lastly, Minister Matsuno visited Japan Creative Centre (JCC), which was established in 2009 as the base for disseminating information under the theme of “Tradition and Innovation”. Many posters of Japanese prefectures as well as PR items were exhibited by Japanese companies during his visit and JCC representatives explained their current exhibition as well as their activities at the centre, including the 50th Anniversary of Singapore- Japan diplomatic relations (SJ50) last year. Minister also had an opportunity to mingle with the representatives of local Japanese companies. 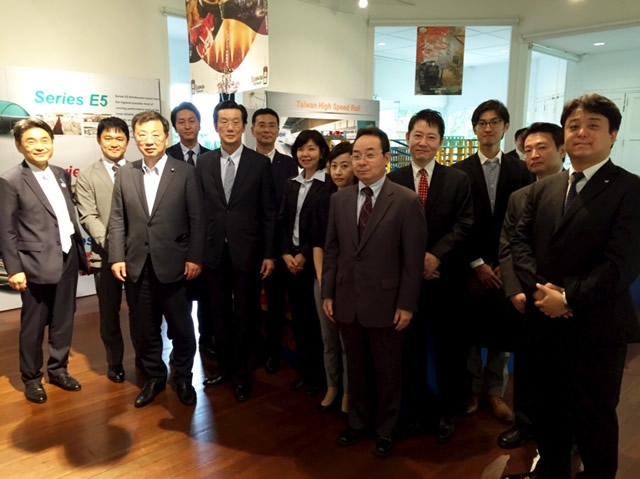 Group photo with Mr. Kenji Shinoda, Ambassador of Japan to Singapore (5th from the left) and representatives of local Japanese companies